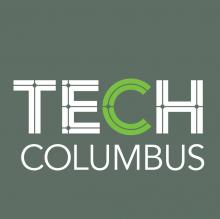 The first thing I did when the opportunity to write this blog presented itself was to Google National Innovation Day—and what I found made me smile.

National Innovation Day, which is observed annually in the United States every February 16, was created to encourage children and young people to be creative and innovative.

That’s a bandwagon that’s easy for me to jump on. Creativity and innovation are the keys to successful entrepreneurship, and that’s the business I’ve been in for more than twenty years.

And so I thought as an inspiration to young people, to their parents, and especially to those of us in business and education who need to do everything possible to encourage young people to invent, today is the perfect day to highlight some amazing young people and their inventions. As with adult entrepreneurs, there is something to learn and apply from each of their stories.

Chester patented his design and made a fortune selling earmuffs to soldiers in WWI. And Chester wasn’t a one-hit wonder. In his lifetime, he took out more than 100 patents.

Entrepreneurial Lesson #1: Find a big market with a big problem and solve that problem creatively.

Nearly everybody has two ears. All those ears freeze when the temperature drops.

Entrepreneurial Lesson #2: Use what you have and who you know to create a low-coast prototype.

Chester used his existing relationships (with his granny), local materials (beaver skin), and his own ingenuity (bending wire from ear to ear) to beat the best existing “technology” (a scarf that flapped around).

Entrepreneurial Lesson #3: The US government, particularly the Department of Defense, can be a large market for the same products and technologies that the private sector needs.

It’s hard to sell into the government, but, for entrepreneurs like Chester who have the right solution and figure out a path, the Department of Defense can be an amazing customer.

Frank’s school friends became fans as did his own kids, who called the frozen treat “Pop’s ‘sicle.” After introducing the treat at a Fireman’s Ball in 1922, Frank applied for a patent in 1923 and eventually sold the rights to the brand Popsicle® to a company in New York.

Entrepreneurial Lesson #4: Not all innovation is deliberate; good products can come about accidentally, but all invention requires marketing to take hold.

Leaving his soda outside on a freezing night in northern California was serendipity for Frank. Turning his schoolmates, then his children, and finally his neighbors into early adopters was market development.

Entrepreneurial Lesson #5: The right brand name and logo are as important as any other part of the product.

Frank didn’t let ego hold him back; he happily changed his brand from one with an emphasis on his name (Epsicle) to one that proved so descriptive (Popsicle®) that has become synonymous with an entire product category.

After Frank served his ice pops at a Fireman’s Ball, he realized he had a winner on his hands. He marketed the pops at an amusement park, patented his “accidental” invention, and set up a royalty arrangement that included sales at amusement parks and beaches.

Frank set up royalty arrangement, but when his finances became tight, he sold his patent to the Joe Lowe Company in New York.

As Abbey describes it, she and her dad “made all kinds of gadgets that cooked the bacon above the fat and not in it.” Eventually they came up with a bowl with a handle and three bars to hang up to eighteen strips of bacon on. Since then, they’ve been in People Magazine, on shows like Dateline NBC, Oprah, and David Letterman.

Entrepreneurial Lesson #7: Prototype your product until you get it right.

Abbey and her dad started with plastic coat hangers and wooden dowels. They ended up with a healthier and far less messy way to cook bacon.

Entrepreneurial Lesson #8: Using established sales and distribution channels and the Internet can save money and time.

Makin Bacon® tried to sign on with Walmart right away. When that didn’t work, the family worked out an advertising arrangement with Armour Bacon. After Abbey appeared on Oprah, Walmart called, and that was that. Makin Bacon® also sells on the company website and through Amazon and other e-tailers.

The real entrepreneurial lesson here is this: The next time you see a youngster building a machine out of Legos machine, making a Mentos volcano erupt, or putting together an airplane from balsa wood and rubber bands, cheer them on.